Avatar, 2010, is seen to the left. Hathor, the cow-woman goddess, circa 500 B.C., is seen to the right. Hathor’s face is circa 5,000 years old because it is also featured on the Narmer Palette (see below). Some men (the ones who leave records) clearly perceive women as cow-like, or deer-like (bound feet, for example), or as unknown beasts. 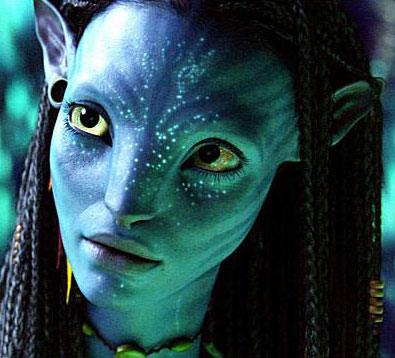 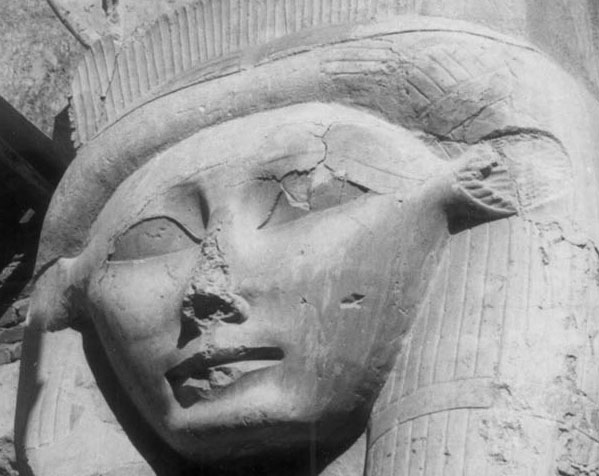 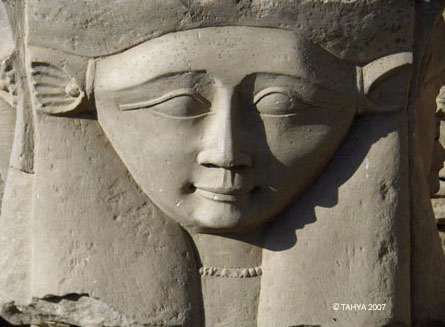 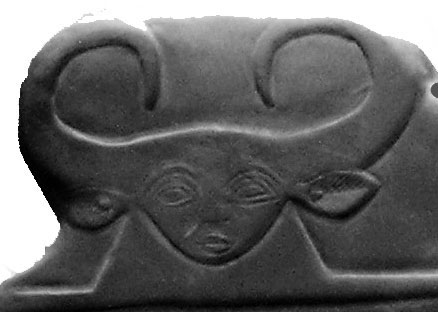 “At the temple of Nefertari at Abu Simbel, Nefertari is shown as Hathor in many places, and Ramses II (the husband of Nefertari) is shown in one sanctuary receiving milk from Hathor the cow. When a child was born in Egypt, seven Hathors (somewhat like European fairy godmothers) would appear to ‘speak with one mouth’ and determine the child’s fate.”