The sound “be” means “vagina” in Chinese. To be or not to be: up to the vagina

會／会
hui4 = can, be possible, be able to, will, be likely to, be sure to, to assemble, to meet, to gather, to see, union, group, association

能
neng2 = to be able to, to be capable of, ability, (usually used in the negative) to have the possibility of

Notice that 能has a repeated character: 匕 which, though defined as a knife (“spoon, ladle; knife, dirk” in Chinese Text Project), really signifies for “barrier” when you compare the words that include this character:

駝/ 驼 a camel; humpbacked; to carry on the back
tuo4

In the Hebrew lexicon, a camel is “forbidden for food” (probably because it is too useful). All of these characters above which contain bi1 匕 mean people/things you should not violate. Could this be a visual metaphor for a hymen? The other meanings with this character include dirt, mud, rivers, streams, waterways, something difficult to carry (a lump or heap), slip, stumble, falter; vacillate (all impedances), a stone roller; a heavy stone, a weight, a plummet, etc.

The other interesting thing about 能 neng2 is that not only does it have two 匕, it also is pronounced with two Ns, which seems amazing coincidental, especially N and Z are the same character, just rotated, and both signify for danger. In most cultures, N signifies for fluid, danger, and the unknown (new).

What does you suppose humans were first comparing?

有用
you3young4 = useful (My note: swimming sure is useful) 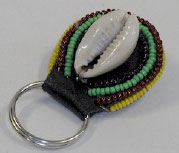 The sea shell is a cowry, often used for money in early civilizations. I picked this image (next page) because it shows how similar a cowry is to both an egg and a vagina (“bearded clam” being one slang term for “vagina”). Cowries are white on their undersides, and the sound “bei3” is similar to bai2 白, which means “white.” Silver was more important to the Egyptians than gold, possibly because of silver’s reflective surface, and this may be true of other early cultures. If you had no mirrors, silver would be more useful than gold. “The use of silver ingots can be traced back as far as the Han dynasty (206 BC220 AD)… it was said that China almost avoided the [1933] depression entirely, mainly due to having stuck to the silver standard,” (Wikipedia).

方便 = convenient, to help out, to make things easy for people, convenience, suitable, having fang1 bian4 money to spare, (euphemism) to go to the toilet
fang1 bian4