Addendum to “‘Meow’ is just another name for ‘Cat’”

The word “cultivated” is key to the deeper meanings implied in this character. Some sources even include the word “hunt.” 1 Notice how much tian2 looks like a target, even in Seal script. This character is in the top of the word for “male”: 男 nan2. Other males are targets, but at least male is depicted with a head. “Woman”— 女 nü3— is depicted with only a hole. 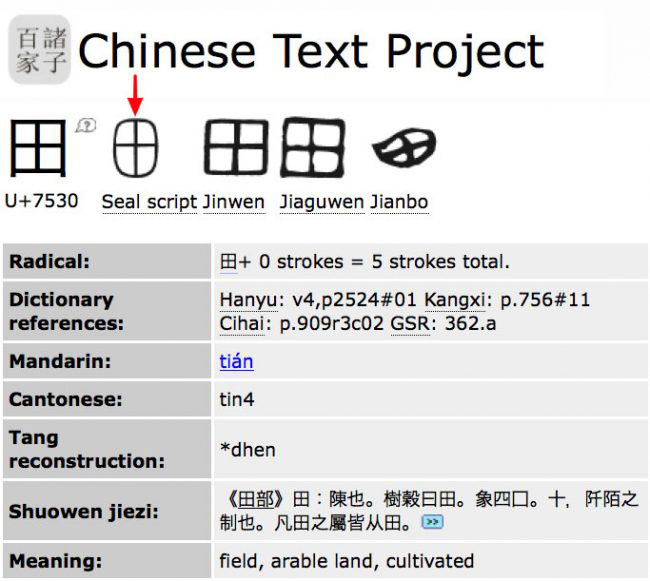 OED says the verb “till” comes from “breed, raise, cultivate, cause.” In Chinese, the concept “cause” is depicted by that same tian2 field, only it has one of its irrigation ditches shooting straight up 由 and it is pronounced you2, which sounds like “yo” at www.mandarintools.com. 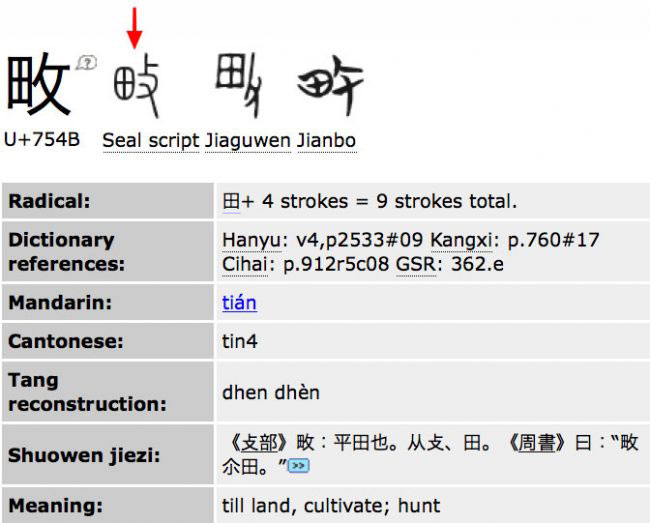 Miao2 means more than sprouts, and the Miao people must feel this because many of them do not prefer that term any more. Sprouts growing over a field could symbolize breasts enlarging over an expanding abdomen, as happens during pregnancy, which would have been a constant state of fertile females before birth control. 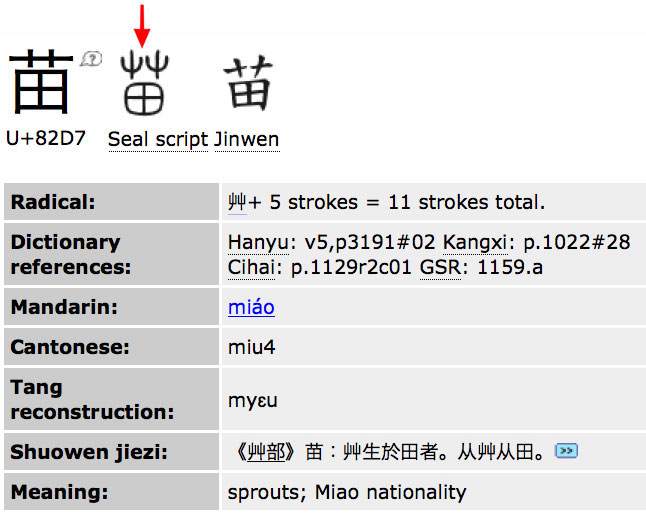 Egyptian culture equated women with cats, and it appears based on the character right and the one below, that Chinese culture did as well. Both women and cats share the ability to reproduce easily, and this is shown by the sprouts over the field found on the right side of both characters. This sharing of character and characteristic makes the claim questionable that the right side of a Chinese character is purely phonetic. 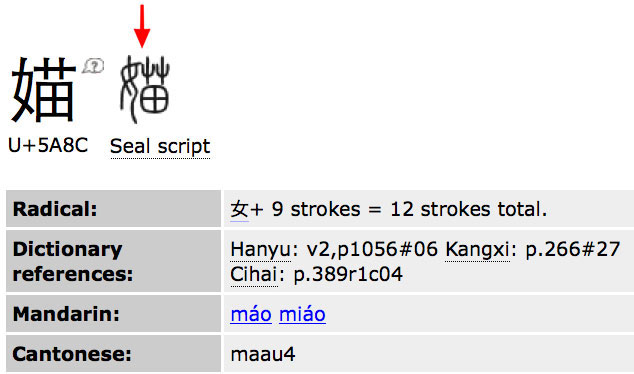 Chinese Text Project defines this character 媌 as “pretty girl” under the listing for 㚹 mao3. To get a sense of what 媌 means, search it in Google images and see what you get. 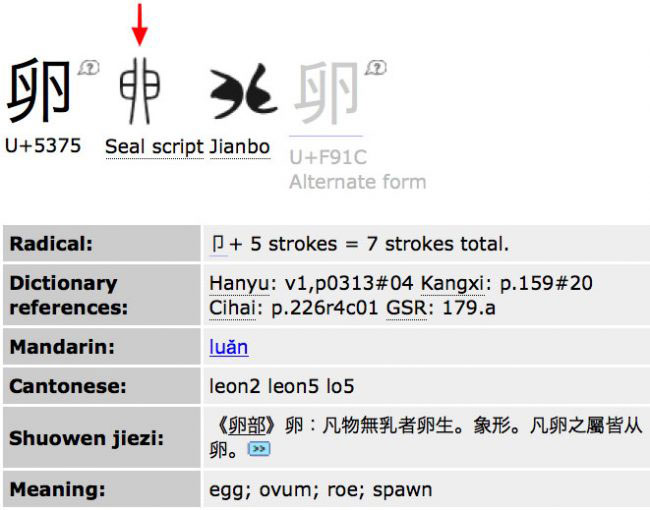 The character at left means“ovum,” and its outside shape, though changed from the Seal script, still retains the sense of something expanding inside a thin tube. Comparing the AncientEgyptian hieroglyph which means“uterus”   to luan3, one sees a similarity of outline that crudely resembles fallopian tubes. Luan3 depicts both “tubes” as filled with a symbolic dot, possibly representing a contribution from each parent. 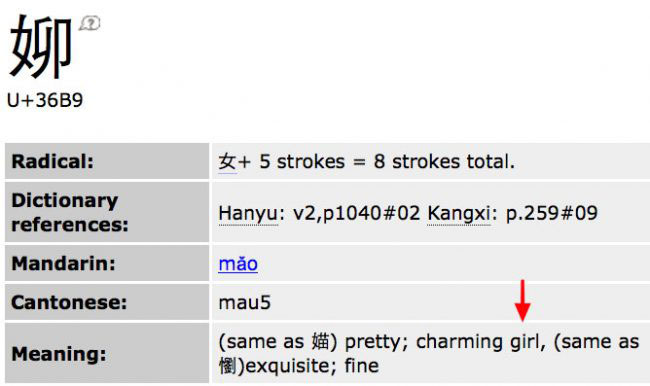 “Pretty; charming girl” at left would appear to be a depiction of the character for “woman” next to empty Fallopian tubes. Even though there is no Seal script at-tested, both of the characters that compose this character have SealScript antecedents. Mao3 㚹 is a synonym for 媌 (mao2 or miao2). Both characters share the concept of fertility. Mao3 (left) would seem to depict a virgin. 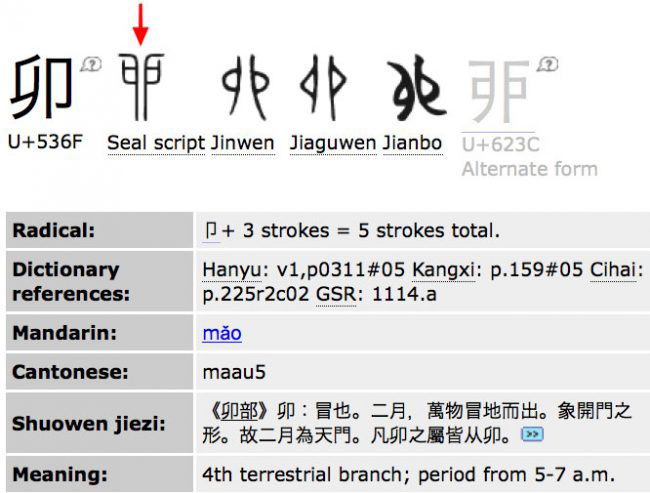 At left is the euphemistic “early morning” character that shows the Seal script for the character above. According to A Mind of ItsOwn, the Cultural History of the Penis (page 243) , testosterone is higher in the morning than in the evening. A similar character also pronounced mao3— 昴— stands for “28 constellations” or the “Pleiades,” which could signify that the sky was fertile (28 being a big number back then).
Posted in Cross Analysis of Ancient Written Language, Databases