In Sumerian “Nig” is “Bitch”—Coincidence? No.

In Sumerian, the sound “nig” equates to a female mammal or a farming tool, as can be seen below in the words “lioness,” “bitch,” and “plow,” which all possess vaginas as part of their depiction (marked in pink). The concept of “negative” is inherent in these words in both the fact that “dog” is perceived as a possession of its owner, and women are perceived as the negative influence to a male’s positive, besides also being possessions. (This is seen in Chinese 阴阳 yin-yang, as well as other literate cultures, including Sumerian). “Lioness,” “female dog,” and “plow” all employ the same root, which implies they are the negative (female) of the positive (male).

Negative is seen as dark, positive is seen as light. The night—the spelling of which has an unperceived clue to its meaning due to the fact that the “g” is silent—is also dark. Nigeria and Niger are both places where people with darker skin live. There is an association between the sound /nig/ with darkness and with females. This dark or negative pattern is also see with other vowels. The constant is the “n-vowel-g” pattern. A “nag” is a female horse or a bad word for a women. “Negging” is emotional manipulation to undermine confidence. We also have: negligible, negligee (a negligible amount of material), neglect, negligent, negotiate—The king does not negotiate. You only negotiate from a negative position. “Niggling” is “petty.” “Niggardly” is “stingy.” “Enigma” is “unknown” and therefore perceived of as “dark.” “Denigrate” is to disparage or talk negatively about someone. “Benign” is of “negative consequence.” Egg nog is a date rape drug, and it knocks one on one’s noggin (a word that used to mean a drinking cup). “Necromancy” is communicating with the dead or “black magic.” We need to recognize the bias that is inherent in any word that is “/n-vowel-g/.” 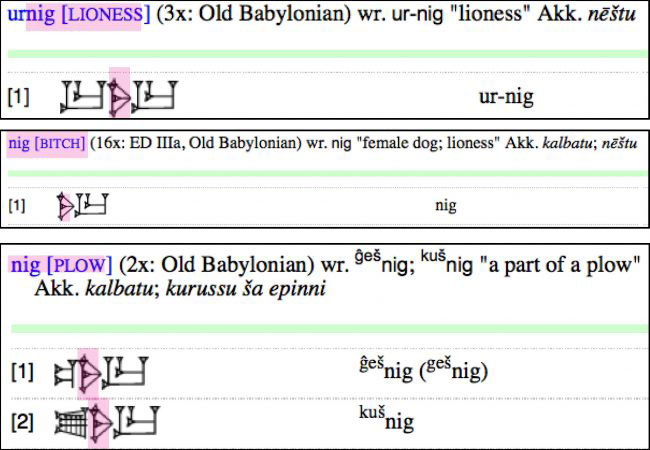 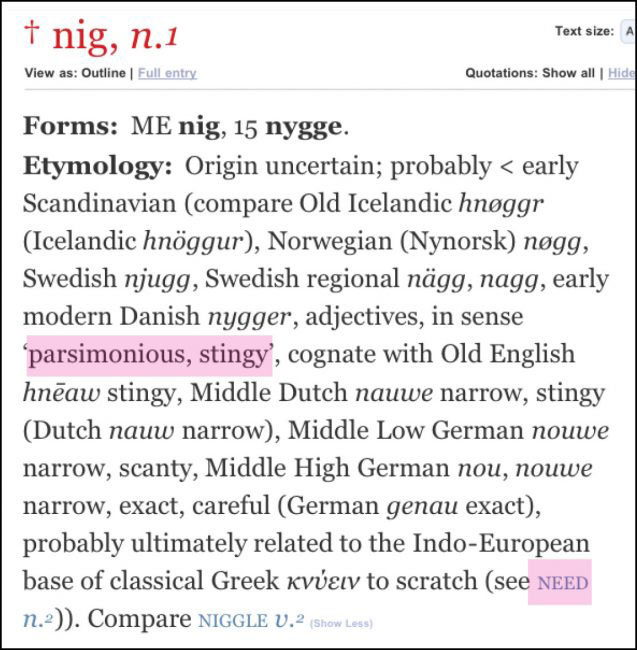